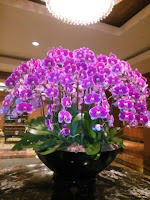 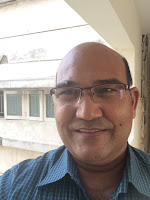 Property prices will be hit by tax on unsold inventory held by developers
According to tax authorities, real-estate companies should have to pay tax based on Annual Letting Value (ALV) on unsold flats as they are the owners of the flats and it does not matter whether the properties are rented out or not.

In a bid to arrest hoarding of residential flats by developers and increase supply across the country, the income-tax department has decided to tax realtors on estimated annual rentals.

The tax could be anywhere between 15% and 20%. The move is as per the central action plan for 2015-16, under which the I-T department can levy tax on any unsold flat by treating it as 'income from house property' under Section 43-CA of the I-T Act, 1961.

According to tax authorities, real-estate companies should have to pay tax based on Annual Letting Value (ALV) on unsold flats as they are the owners of the flats and it does not matter whether the properties are rented out or not.

This means inventory of builders will be taxed on the basis of notional ALV -- a value on which tax has to be paid on the annual value of house property or the rent actually earned, whichever is higher.

A senior I-T officials said, "The builders' lobby has been creating artificial scarcity through hoarding of flats, only to sell them at higher prices later".

It has been noticed that this practice has been in vogue for over a decade and such flats or stocks are shown 'unsold' in the books of accounts while the main aim was to rig the prices upwards, said a tax official on condition of anonymity.

Taxing unsold stocks will help in two ways, according to a senior I-T official. One, this brings significant revenue, and second, it will force real-estate players to either sell their unsold flats at market-determined price. "Paying tax will further affect their bottomlines," the official, who did not wish to be named, told dna.

According to a recent report on the real-estate market in India by an international property consultant, unsold flats in six major cities hit the highest at 6.88 lakh units in the January-March quarter.

According to the report, it will take 72 months for builders to clear the inventory in Delhi-NCR and 46 months in Mumbai.

So far, unsold projects of builders were exempted from income-tax under the 'stock-in-trade' category. The I-T department believes builders would release more flats into the market, if they have to pay tax on them.

"Real-estate companies show their finished apartments as stock-in-trade and income from these are shown as business income, as in most other businesses. In a rising market, several developers hold apartments to benefit from the price appreciation that will accrue a few years after the project is complete," said a real-estate consultant.

A few years ago, when there was an attempt to tax such unsold stock, builders had moved court. However, the court gave a judgment in favour of the department in 2012.

The court had validated the I-T department's argument that builders will have to pay tax based on the ALV method, irrespective of the fact that these flats were not rented out. The department has now decided to levy this tax uniformly across the country after the proposal was cleared by the finance ministry